We love this little haven that @greyarrowfarm crea

WOOHOOOO! Thanks to everyone who participated in o

The return of salmon to the upper Columbia River w

FARMER SPOTLIGHT: Luke Wonneck has worked for the

Peas on Earth is based on Treaty 6 territory, a traditional gathering place, travelling route and home for many Indigenous Peoples including the Nehiyawak/Cree, Tsuut’ina, Niitsitapi/Blackfoot, Métis, Nakota Sioux, Haudenosaunee/Iroquois, Dene Suliné, Anishinaabe/Ojibway/Saulteaux, and the Inuk/Inuit.

The land is also known in Canadian geography as Sturgeon County, AB.

This case study is a part of Young Agrarians Alberta Land Access Guide, a toolkit for farmers seeking land opportunities.

Eric and Ruby Chen are a couple based out of Edmonton, AB, who have always had a passion for growing food. When asked about their farming history, they explain that it “runs in the family”, with experience passed down generations originating from Laos. “We’ve always liked growing things and raising animals”, Eric explains. To the Chen family, it seemed like the natural path of choice to become farmers themselves.

They started out small, growing vegetables part time on Eric’s parents’ property just North of Edmonton, selling to local markets. After 16 years of this, they decided it was time to fully emerge themselves and become full-time farmers. In 2003, they began to look for land to call their own.

When looking for land, they were after two main things. First of all, they wanted land North of Edmonton as their children attended school in the city. It was important for them to be able to easily commute between the two places. Second of all, they were looking for good soil to grow their crops. 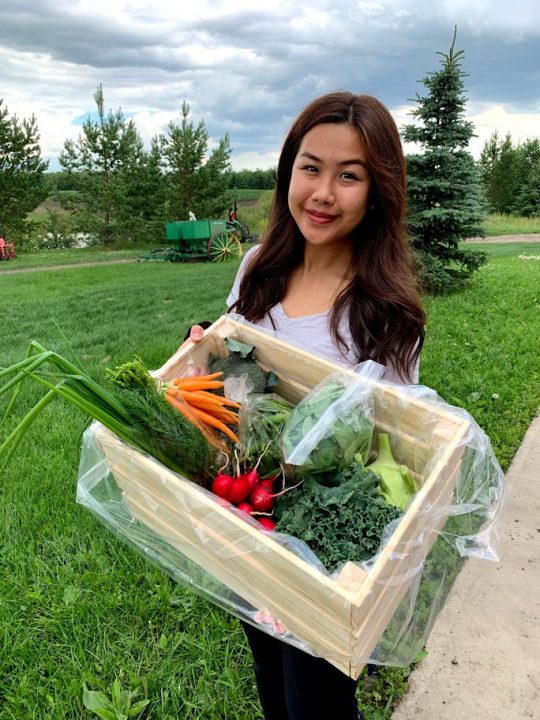 Eric and Ruby didn’t use the internet or a realtor to find their land. They wanted to get to know their land as close as possible so in their down-time, they drove around in their vehicle in rural areas just North of Edmonton, looking for signs of land for sale that met their needs. This process for them was relatively fast and within no time, they found land North/Northeast of St. Albert, where they farm today. The land itself was not previously owned by organic farmers so it took them about 3 years to be able to transform the land to a place where they could grow vegetables organically. 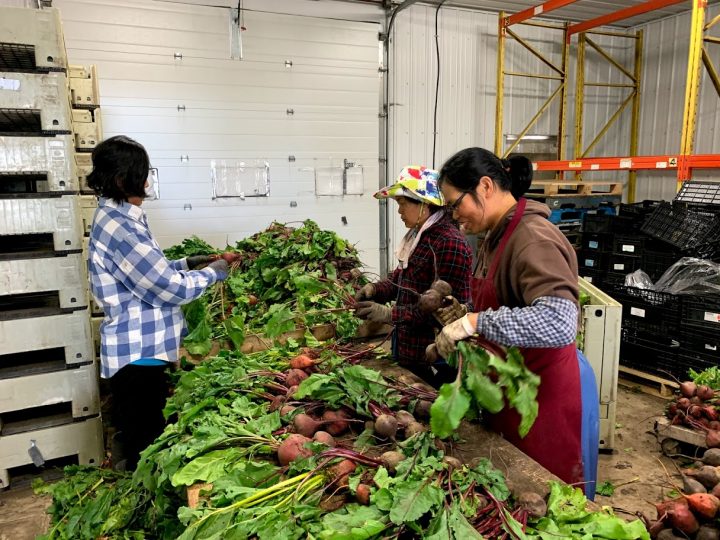 To finance their purchase of the land, they reached out to three primary resources:

It may sound like the process was relatively easy, but it definitely came with tough challenges. For one example, building the greenhouses was described as a “painstaking process”. It took a lot of time, money, and different skill-based resources to get that going. Other considerations included the acquisition of equipment used for the field and their washing/packing stations, vehicles used to transport produce between the farm and the market, and the special insulation required for their food storage. Luckily for them, they were able to offset some of these costs by purchasing used farming equipment from their mentors, James and Jenny of Sundog Organic Farm, and Denis and Ruth of Vriend’s Organic Garden. 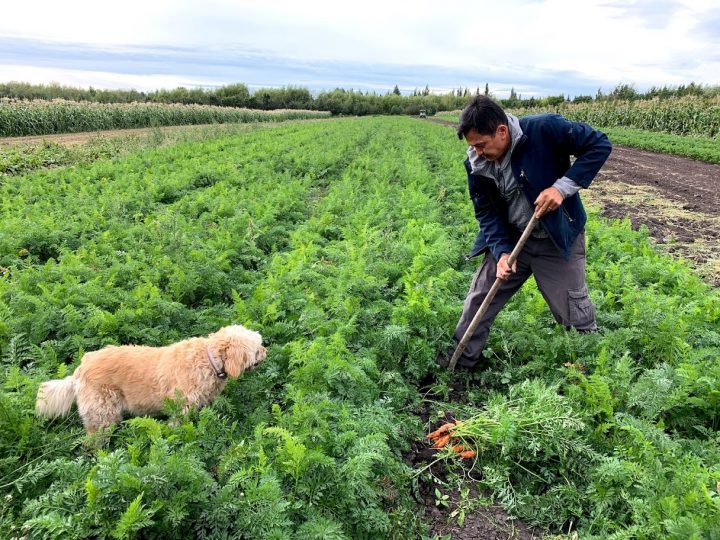 Eric and Ruby are the main owners of this land and consider the parents as partners. Part of the land has been sold off, some of it is rented, and the remainder 25 acres they use for growing mixed organic vegetables sold through local markets, a CSA program, and distributors like Organic Box. For the past few years, the Chens have also been on the lookout for another piece of land in the area to expand their operations, although nothing has caught their attention as of now.

Photos provided by Peas on Earth.

Interested in exploring a career in regenerative farming in Alberta? Here are some helpful places to start:

Have any additional questions? Send us a message to alberta@youngagrarians.org